A Celebration of the Power of Injured Workers 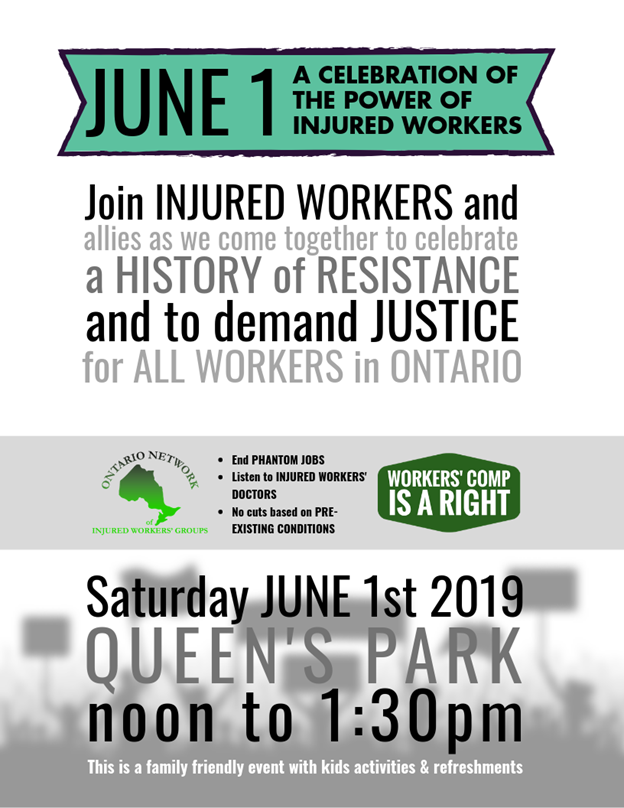 Since being elected just over one year ago, the Ford Government and the WSIB have given a multibillion dollar gift to employers in the form of a 30% cut to their premiums – while their bank account continues to bulge, and injured worker benefits go down. Work injury claims are going up while the number of staff WSIB has to help injured workers has gone down.

However, while there is much to fight against, there is also room to celebrate. Injured workers have been showing up in more communities and larger numbers all over Ontario to say NO MORE, and fight for the compensation system they deserve.

While we intend this event to be a show of force, we are also encouraging attendees to bring their families. Refreshments and games will be provided for children, and the program will include cultural performances alongside messages of solidarity and resistance.

Workers’ comp is a right!
We will not give up the fight!

A Celebration of the Power of Injured Workers